At this point I'm definitely over-trading and today was a complete train wreck. I was down heavy on the day and then I did something incredibly risky and stupid by scalping massive size to bring the day back to a manageable loss from a dreadful loss. The follow-through just wasn't there today and I kept running after trades as though it was. I also miscalculated my position size a couple times and was in way too heavy at least two different times. Thankful I didn't size up at the beginning of the month as I planned because today would have been that much worse. I need to slow it down tomorrow and not go after every trade. I need to keep focus on one or two names and let the chips fall where they may. Seems that every couple-few weeks I have a day like today and I need to cut this crap out. When I get up to full size there's no way I'll be able to handle losses like I did today or have the stomach to recover them with scalps.

$GNUS
My first trade of the day was in Genius Brands. It recovered VWAP from the low of the day on increased volume so I thought we'd get some good movement out of this thing. I entered a little high with a small position, in case it ripped without me, and when it pulled in a little I shored up my position with an add. I mismanaged this trade though because I was focusing on other stocks instead of this one so my profits came off out of place. Profitable trade but I could have managed it better by maintaining focus. 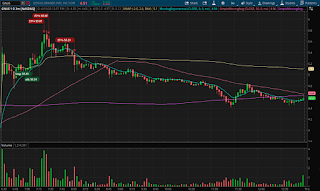 $AVCT
Next up was a failed attempt to long Amer Virtual Cloud Tech. It pulled into the previous high just over $5 and looked like it was going to keep running.. I got long but it dudded out on me. 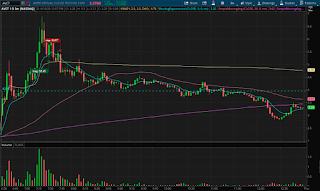 $MOXC
This was another failed attempt at grabbing a pullback into the previous high. I think I got long a little prematurely with this one. I think I still would have been in the trade had I waited a couple more minutes to feel it out. 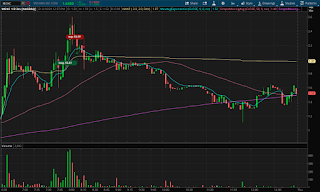 $CLDX
There's nothing pretty about my trades on this one. I initially got long expecting the tradeline to hold support and stopped out when it broke through. I didn't expect it to rip as high as it did and in reality should never have taken the initial position. The risk/reward just wasn't there for the move I was expecting. The fact that it ripped clear up to $5.60 was nowhere in my plan for the first trade. My subsequent trades in the afternoon sessions were an outright mess. I miscalculate my position size and was in way too heavy. Instead of reducing my size I kept it on thinking, ' if this trade works out, my losses are covered." Then I held past my stop to give it even more room. I finally stopped out and got long again and did the same thing. The blank trade bubbles are me being a complete degenerate and scalping massive size for pennies. I didn't fill in the prices because it's easy to tell there's not real movement in the price of the stock where I was acting like a moron. It ended up working and brought my loss on the day back to a small loss but still, the ends doing this don't justify the means. 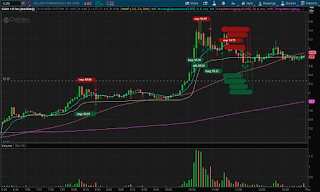 $SPY
This was another botched entry with too much size. I initially got short looking for a move to and through the low of day. After I got short I realized I took on a little too much size and corrected that with a take profit. Then I got whacked on and stopped out. Pretty irritating to add to the losses on the day. 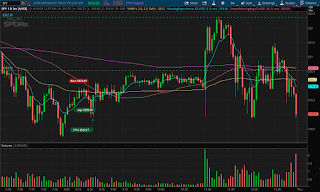 $JFIN
This stock halted up around $29.00, pressed down on the open, and immediately recovered. When it started hugging the high of day I thought for sure it was going to press through and rip to a new high; that was the trade idea anyway. My idea didn't work and I stopped out for a small loss. Right after I stopped out it halted to the down side right over $20.00 and when it opened, it opened to the up side. Since this showed a sign of massive strength I got long with my stop just below the halt level. Throughout lunch it developed a pendant and when that pendant broke I added to my position, looking for the short squeeze, and moved my stop up to the inside of the pendant. As with the rest of the my day, I got railed on. It fell right through my stop and took me out clear down at $21.15. I think the setup was solid - this was just one of those things and one of those days. 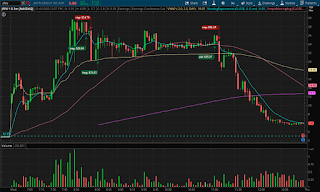 $FCEL
This was a small winning trade and a trade I shouldn't have taken. I took so many trades and lost today that there was no reason to keep playing the game. I even tweeted that this setup would probably fail just like all the other trades in the day. None the less, when it broke the pendant it formed I hopped in long for a couple minutes and then bailed on it, not expecting it to break the high of day. It did but it struggled up there. 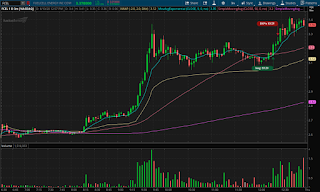