Nice little add to the P&L today but I'm not a fan of how I'm trading. At times I should be taking profit I keep making the same error where I accidentally add to my position and I've done this probably five times this week. Today, when I did it two times in a row I flattened my position and shut it down for the day. I'm not being deliberate with my orders and I'm not paying close enough attention. It really sucked to do that today because my Facebook short worked beautifully, but because I got flat and shut down, I didn't get to see it through. Shutting down was the right move though and I stand by that decision.

$TVIX
My first trade on the day was in $TVIX and the trade idea was based on the performance of the $SPY. Typically, when the $SPY is falling the $TVIX will put in a monster move. For whatever reason the $TVIX stayed pretty calm until my trade idea was executed in full. I was expecting a much bigger payout than the trade provided but I executed this one exactly as planned, so I'm happy with that. 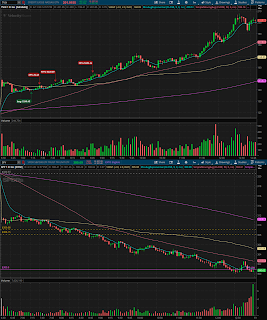 $WAFU
Small caps are dead lately after the initial move. If you don't catch the initial move lately, you're out of luck it seems. Wah Fu Education Group was testing the previous high of day and flagging. I was looking for a push up to the $20 area. I was able to get my first piece off at $14.99, in front of the new high of day, but it rolled over and I stopped out on the majority of my position for a small loss. This trade I feel like I executed well, the momentum just wasn't there. 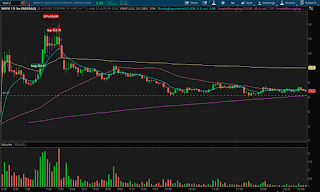 $FB
This is the trade I fat fingered today and why I shut it down for the day.I got short under the low of day, looking for a move down to $224.78, which was a previous level of support/resistance. My first entry I had my stop too tight and had to adjust and re-enter after I stopped out. When the trade started working in my favor I went to take my first take profit and accidentally shorted more. I went to correct that mistake and shorted even more into this move. When I realized what I'd done I said screw it, I'm making too many stupid mistake, got flat, and shut it down. Really disappointing to see it hit my target but I couldn't execute properly. I've made this same mistake multiple times this week and at some point I had to draw the line. I need to focus more on what I'm doing and act with precision. 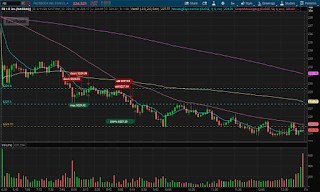