Must be something in the names today... It took a while to find a setup I liked this morning but Cassava Sciences, Inc gave me a really nice opening to get long. Later in the day I took a second stab at it as well as a shot a Spirit Airlines.

Cassava Sciences, Inc pushed up and made a new high on the day on really nice volume. As it pulled back into the tradeline the volume decreased nicely and it that previous high of day lined up with the pre-market high. As soon as I saw support hold I hopped in and piece pieces out all the way up to the 200 day moving average. My second shot was on an afternoon play where VWAP recovered on nice volume. I was looking for a squeeze into the end of the day, got one piece off, but stopped out on the majority of my position for a small loss. 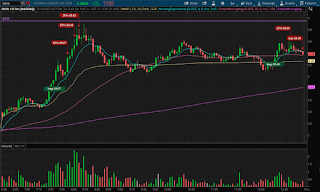 Much like flying on Spirit Airlines, trading it was just as big of a let down. I entered a break of the flag at the high of day and missed getting my first piece off by a few cents. It then traded sideways the rest of the day and I ended up bailing for a small loss. 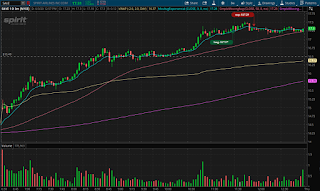